THE BEAST was created and performed by an ensemble of 15-17 year olds from Bathurst, made during a six-month devising and development period. The show was the result of directors Penelope Kentish and Ben Rodwell’s residency with the National Motor Racing Museum, and presented as part of 2018’s Artstate NSW.

Hidden amongst a suburban block is a museum of curiosities that only the young can see. You must leave your “grown up” intentions at the door. There is no middle ground here; you have to pick a side. Inside the museum you will see a number of galleries – there’s the Psychology Exhibition, where two sides of the human brain battle for success. There’s the Fine Cuisine Exhibition, where you will be asked to choose between “sweet” and “tasty”. And then there’s The Beast. The Beast looks different to every set of eyes, and it could be behind any of the gallery doors. We hope you’ll survive long enough to validate your parking. Good luck.

Directed by Penelope Kentish and Ben Rodwell, The Beast is a new immersive performance experience created by an ensemble of 15 to 17 year olds. Stimulated by the idea of rivals, this intimate and interactive show asks the audience to dob in their rivals to The Beast and hope that snitches don’t, in fact, get stitches.

Bathurst is known to most Australians as the “home of the V8s”; the week-long car race in October, which attracts tens of thousands of car enthusiasts to Bathurst every year. But what is Bathurst to the adolescents of its town? What rivalries exist during race week that the punters don’t see? As part of their residency with the National Motor Racing Museum, the directors are excited to present this immersive theatrical show; part puzzle, part sensory experience, part story telling. 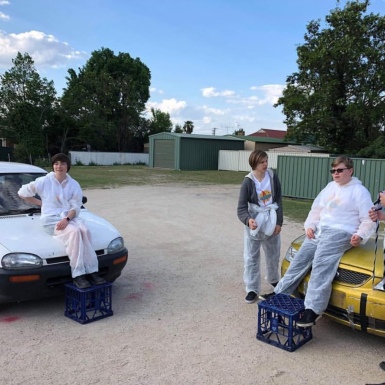 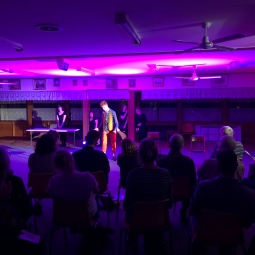 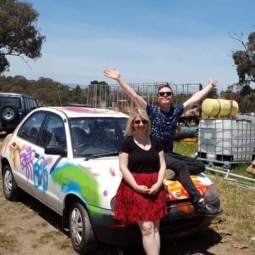